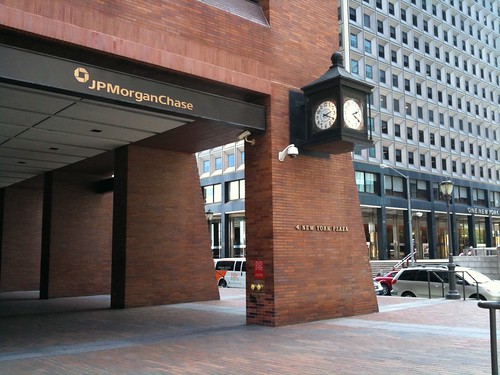 In September of 2011, a group of 44 plaintiffs filed a class-action lawsuit against JP Morgan Chase & Co. alleging that the banking corporation manipulated the market price of silver in such a way that the plaintiffs incurred significant losses on June 26, 2007 and between March 17, 2008 and October 27, 2010.

While this was not the first time that JP Morgan had been linked to silver manipulation (certain speculation dates back to 2008 when the company acquired Bear Stearns), the lawsuit was turned down in December of 2012, citing that the case provided only “conclusory allegations.” In other words, the evidence supplied by the plaintiffs was not substantive enough to prove that JP Morgan did in fact manipulate the market.

Przemyslaw Radomski, CFA, founder and editor in chief of the gold and silver investments website SunshineProfits.com, recently weighed in on the case and its outcome. He pointed out, interestingly enough, that the United States legal system does not provide an exact definition for price manipulation. In such cases, therefore, the following four points are considered in order to determine if price manipulation occurred:

Radomski then noted that while JP Morgan made no attempt to argue the fact that they hold a large enough percentage of the COMEX silver futures short contracts to influence prices, they did dispute the accusation that they acted with the intent to do so. The fact of the matter is that the plaintiffs’ case hinged the strange patterns of the market alongside hearsay of JP Morgan’s manipulation, but it lacked witnesses and conclusive proof and was thus dismissed.

Get Cash for Your Silver Now

If the potential for the manipulation of the market price of silver concerns you, you can cut ties with the market entirely and sell your unwanted silver to Cash For Silver USA. We buy scrap and broken silver in addition to unwanted jewelry, silverware, and other silver items and will mail a check back to you within 24 hours of the receipt of your items. To find out how much money you can earn for your unwanted silver, visit CashForSilverUSA.com today.