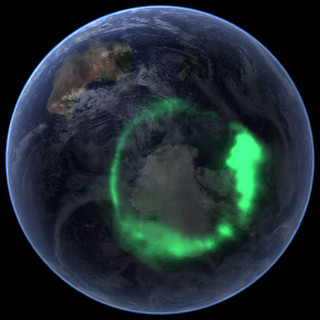 The Perth Mint of Australia released the newest coin in its popular Australian Antarctic Territory series, the 2013 Aurora Australis 1 Ounce Silver Coin. Featuring a maximum mintage of 7,500, this coin is made with one ounce of 99.9% pure silver and is produced to proof quality. It is the tenth silver coin to be released in its series, which began in 2004.

The second coin that the Perth Mint of Australia recently released is the newest in its koala silver coin series. This new coin is made of five ounces of 99.9% pure silver and has a diameter of 50.60 mm and an impressive thickness of 12.50 mm (for reference, a United States quarter is only 1.75 mm thick with a 24.26 mm diameter). It has a mintage of only 5,000.

The 2013 Aurora Australis 1 Ounce Silver Coin features a person gazing at a full-color image of the aurora australis, which is the southern counterpart of the aurora borealis, in the shape of Antarctica on its reverse side. Most impressive of all is that the colors of the aurora on the coin glow in the dark, mimicking the wonder of the real-life phenomenon. The design was done by artist Wade Robinson of the Perth Mint. On the other side of the coin is the image of Queen Elizabeth II.

The 2013 Australian Koala 5 Ounce High Relief Silver coin depicts a koala sitting in a eucalyptus tree. The design is that of Perth Mint artist Tom Vaughan, and it includes the inscription “AUSTRALIAN KOALA” above the animal. The opposite side of the coin features the same image of Queen Elizabeth II as the Aurora Australis coin.

Both coins are now available for purchase through the Perth Mint’s website, although the latter is only available in Australia.

Whether you have unwanted silver coins or old silver jewelry, you can sell it to CashForSilverUSA.com and receive top dollar in return. Who knows, maybe you can even make enough money to go see the aurora australis in person.