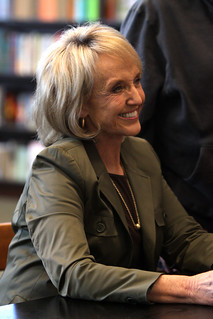 Putting an end to the recent push to legalize the use of gold and silver as forms of currency in Arizona, Republican Governor Jan Brewer wasted little time in vetoing the bill once it landed on her desk.

Although the bill was Republican-sponsored and had been approved by both the House and the Senate in April, Brewer dismissed it, citing concerns over lost tax revenue in an open letter to state Senate President Andy Biggs.

“I believe the provisions in this legislation need to be more carefully examined and there should be prior coordination with those government agencies tasked with the oversight of these transactions,” she explained. “This would result in lost revenue to the state, while giving businesses that buy and sell collectable coins or currency originally authorized by Congress an unfair tax advantage.”

The Devaluation of the Dollar

Like her fellow Republicans, Brewer harbors a degree of concern about the declining value of the dollar, but she failed to see a thorough and well-thought-out solution in the proposed legislation. While the bill would not have gone into effect until 2014, which proponents say would have given time to iron out the details of its implementation, Brewer was unwilling to sign what she believed to be an inadequate piece of legislation.

And while the nationwide debate over returning to the gold standard continues (thanks in large part to the Republican Party proposing, as part of their 2012 party platform, that the country reconsider it), states are sure to continue coming up with new ways to protect against the potential devaluation of the dollar.

As we have mentioned before, Utah was the first state to make gold and silver legal tender (Arizona would have been the second), and a number of other states have proposed similar legislation in recent years as well.

Silver may not be legal tender, but it still has value.

Although there remains only one state in the country that accepts silver as a legal form of currency, you can still turn your silver coins and jewelry into cash with Cash for Silver USA. All you have to do is fill out the form on our homepage, send us your unwanted silver using the free FedEx shipping label that we provide, and wait to receive your check in the mail.