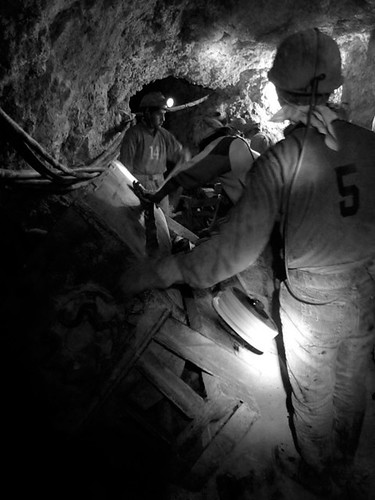 As fair trade certifications typically focus on food products, there exist corrupt practices and hazardous working conditions within mines in the gold and silver industries that often go unregulated by organizations and unrecognized by consumers. At the launch of the foundation’s gold certification program, manager of the UK-based jewelry company Cred commented that many of their customers had no idea what kind of appalling things went on in the production of gold for the market.

While fair-trade gold and silver tend to come with a higher price tag, the Fairtrade Foundation hopes to gain consumer support by raising awareness of the often terrible conditions that exist in mines.

Chris Davis, one of the people who helped launch Fairtrade Gold, explained that he believes that “the opportunity to get people to start really thinking ‘OK what is the true story behind this metal,’ and encouraging more people to consider the human cost of our love for both silver and gold is the biggest short-term value of this launch.”

Cred, one of the jewelry shops in the UK that places a heavy emphasis on using ethical and fair-trade materials, works with Fairtrade-certified artisanal mining communities and pays them at least 95% of the London Bullion Market’s fix for silver, with an additional 5% available if they forgo the use of toxic chemicals like cyanide and mercury. To date, the company has paid over $56,000 in premiums to mines in Peru through the sale of gold.

For more information on Fairtrade Fortnight 2013 and the foundation’s effort to raise awareness for fair-trade silver, visit the Fairtrade Foundation’s website (http://www.fairtrade.org.uk/).

Fairtrade-certified or not, Cash for Silver USA will pay you cash in return for your unwanted, broken, or damaged silver items. To get a free shipping label and get some extra cash, visit CashForSilverUSA.com today.